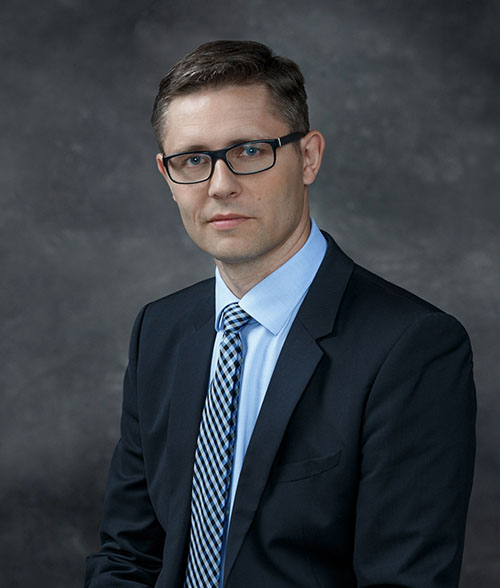 He is a graduate of the Faculty of Law and Administration at the University of Gdańsk. Between 2005 and 2008, he served his judicial training at the District Court in Toruń, passing the judge’s exam at the Court of Appeal in Gdańsk in 2008. In the years 2007-2011, he participated in the Extramural Doctoral Studies in Law and Administration at the University of Gdańsk. In January 2009, he was entered on the list of attorneys-at-law of the Toruń Bar Association.
In his professional work he deals with economic, civil and labour law. He specializes in issues related to company law, business insurance law, enforcement proceedings, debt collection and insolvency of entrepreneurs.
He takes an active part in the work of the National Bar of Attorneys-at-Law. For two terms of office he was a member of the District Auditing Commission of the Toruń Bar Association.
He has been with the Law Firm since March 2017. Privately, he is married, has two children and a dog. He is passionate about literature and music.