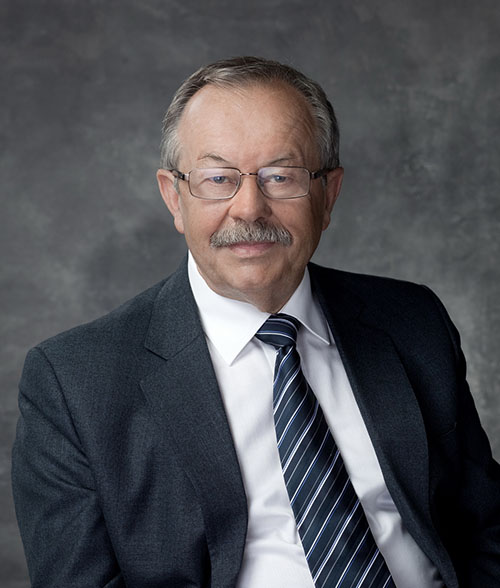 He graduated from Maria Curie Skłodowska University in Lublin. From 1969 to 1974, he was a judge at the District Court in Gdynia, and from 1975 to 1976, a judge at the District Court in Gdańsk. Since 1977 he has been working as an attorney-at-law. Initially, he worked for Petrobaltic, an international enterprise, in Gdańsk, leading the legal team.
At the same time, between 1975 and 1985, he was engaged in scholarly work at the Department of Maritime Law of the Maritime Institute in Gdańsk. The work in the Maritime Institute resulted in numerous studies in the field of maritime labour law, protection of the marine environment, issues concerning the use of natural resources of the continental shelf, as well as drafts of many normative acts. In 1989, together with Władysław Misiewicz, he established one of the first law firms on the Coast and has co-managed it to this day. Between 1995 and 2000, he served as Arbitrator of the Public Procurement Office, participating in the resolution of many complicated and precedent-setting cases as the chairman of arbitration teams. In his current term of office he is the First Deputy Dean of the Gdańsk Bar Association. For 10 years he has also served as President of the College of Arbitrators of the Permanent Court of Arbitration at the Gdańsk Bar Association.
Jerzy Mosek specializes in civil law, including commercial law. He provides legal advice in many major investment processes and other significant business ventures (transformations, restructuring, mergers, acquisitions, commercialisations, consortia, etc.). He successfully takes part in creating the rules of cooperation between business entities and in resolving the disputes that occur. He has extensive experience in protecting clients’ rights against unfair practices of financial institutions.