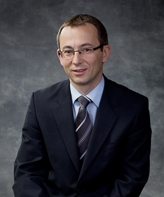 He specializes primarily in tax law, including advice on tax optimization. Moreover, he also deals with issues related to administrative and commercial law.
He has been associated with the Misiewicz, Mosek i Partnerzy Law Firm of Attorneys-at-Law in Gdańsk since 2007, and since 2017 he has been a partner.
He graduated from the Faculty of Law at the University of Gdańsk in 2001. After graduation, he worked for five years in the Tax Chamber in Gdańsk. In 2008, he took part in postgraduate studies in European Union tax law at the Nicolaus Copernicus University in Toruń, and in 2009 he completed an internship at the Law Firm Andreas Neocleous & Co LLC in Limassol, Cyprus. In 2011, he completed his attorney-at-law training at the Gdańsk Bar Association.
He is fluent in English.